Sometimes they ain't so smart (the device and/or the owner). 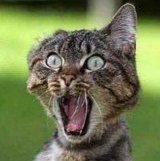 By fygjam
January 18 in Mobile Devices